The American Dream came true for John Horecky, born January 3, 1868, in Bytca, Slovakia, when at the age of eighteen he came to America. John traveled from St. Louis to Church Point as a foot peddler buying and selling goods along the way. Here he met and married Church Point native, Julia McBride, in January of 1892.

As his trade grew he acquired a hack and two horses, and was able to broaden his territory. Shortly after 1900, he established a retail store on Church Point's main street, where the liquor division of Church Point was situated.

In 1922, John Horecky became ill and the reins of Church Point Wholesale were turned over to his son, P. Roy Horecky. Roy was only 20 years of age and had just finished college. At first worried about running the business with little experience, by the time his father was well, it was plain that the business was in capable hands. John Horecky never returned to active management.

Within a decade or two, the wholesale liquor and grocery business had mushroomed into one of the largest family-owned and operated firms in the south. In 1967, a monumental expansion relocated the grocery division of the business in a new 120,000 square foot building situated on 40 acres of land at the south end of Church Point. The original downtown site remained as the liquor department of Church Point Wholesale, which included the bottling and distributing of their private label T&T Wine, until March 1993. The liquor division was permanently closed in April 1995.

In 2001, new ownership brought continued expansion: a new state-of-the-art Single Pick section, Cigarette/Tobacco room, and Candy/Snack section were added. By the end of 2002, the Food Service Division was formed furthering the expansion, and a new 20,000 square foot cooler was constructed for shipping and receiving perishable products. 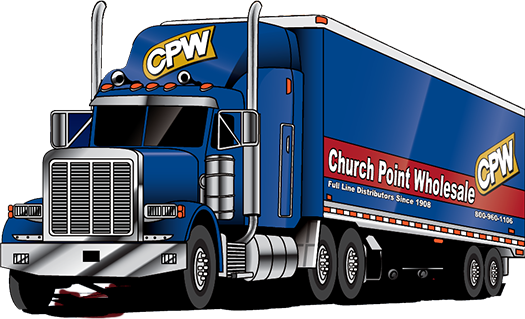